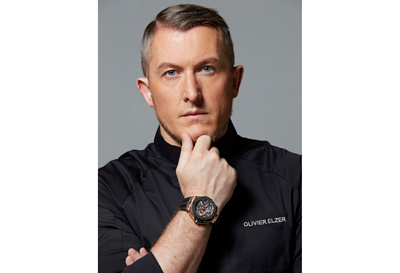 O' chef lab was founded by Michelin-starred Restaurants French Chef Olivier Elzer who has an astonishing 19 Michelin Stars awarded to his restaurants consecutively from 2007 to present**. With an excellent understanding of Asian palates without compromising the flavours rooted in classical French cooking techniques.

Whether it’s a fine dining private meal or family-style dishes including his Mum’s Alsatian choucroute, Elzer’s culinary repertoire is interesting and diverse.

His love and curiosity for food, experiments, and discovery run in the family; Elzer’s grandfather was a chef to the last Tsar family of Russia and his dad a German Military chemist.

“Good food is for the enjoyment of our diners. My passion is to deliver the art and science of culinary creations to the tables”